Literature / The Eyes of My Princess 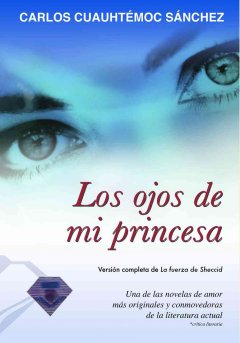 A Deconstructed Love Story
The Eyes of My Princess (Los ojos de mi princesa) is a 2004-novel by the Mexican author of self-help books Carlos Cuauhtemoc Sanchez. Originally published in 1996 with the name of Sheccid's Strength (La fuerza de Sheccid), the novel is dedicated to young readers and deals with the themes of First Love, drugs and sex, while promoting the more conservative values on those topics.
Advertisement:

A sequel was written in 2012. Now located in The '80s, Jose Carlos has already forgotten about what happened in his teenage years, but after having Recurring Dreams, he soughts to look after Sheccid again. In the path, there are dangers, returning characters and an Awful Truth.