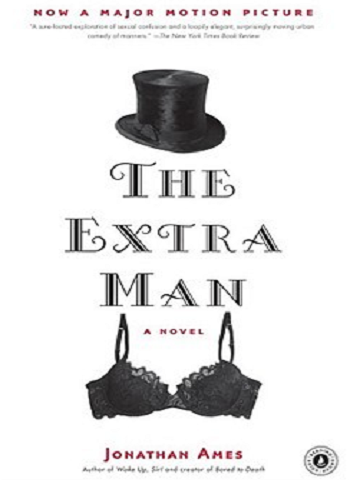 The Extra Man is a novel by Jonathan Ames and a movie directed by Shari Springer Berman and Robert Pulcini. It tells the story of Louis Ives, who left a teaching position in New Jersey under a cloud and came to New York to find himself. He gets a room in the apartment of an eccentric failed playwright named Henry Harrison, the titular "extra man", who spends his free time escorting (read: mooching off) wealthy widows at tony social events.
Advertisement: