Literature / The Epitome Of Love: An ABDL Novella 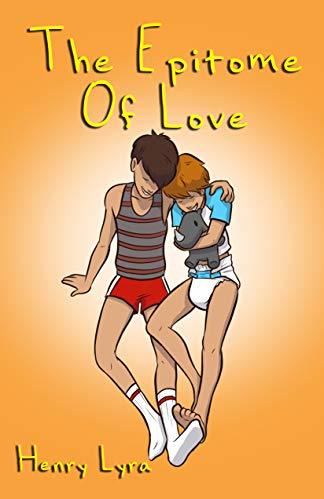 Robin Bailey was a very normal eighteen year old. Great student, geeky bookworm, funny guy and smart. His parents and younger sister always showered him with support and love. Truth was, he held a secret. He liked to wear diapers and desired to be a baby. He always felt very bad about that, even when he knew he wasn't the only one. The idea of being a baby was so strong, it was part of him. One he kept hidden. Carter Blake was Robin's best friend, a popular swimmer with godly looks but a golden heart. Loyal to the end, Carter knew the person he loved most was Robin, they were like brothers. However, towards Graduation, he can't keep pretending he doesn't notice Robin acting weird, down, as if he's keeping a secret. Little do either of them know that a little slip will throw them both, and their families, into a new way of life.

The Epitome Of Love: An ABDL Novella is a novella written and independently published by Henry Lyra.