Literature / The Elegance of the Hedgehog 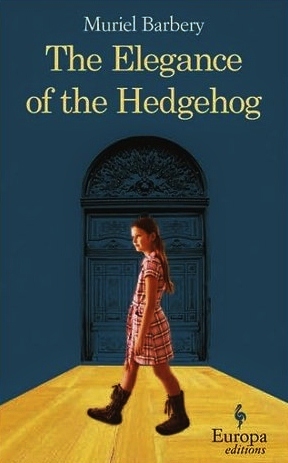 The Elegance of the Hedgehog is Muriel Barbery's critically acclaimed literary debut, first published in 2006.

The novel is set in an elegant hotel particulier in the center of Paris. Renee, the building's concierge, is short, ugly, and plump. She has bunions on her feet. She is cantankerous and addicted to soap operas. Her only genuine attachment is to her cat, Leo. In short, she is everything society expects a concierge at a posh Parisian building to be. But Renee has a secret: she is a ferocious autodidact who furtively devours art, philosophy, music, and Japanese culture. With biting humour she scrutinizes the lives of the tenants - her inferiors in every way except that of material wealth.

Then there is Paloma, a super-smart twelve-year old. Talented and precocious, she hides her extraordinary intelligence behind a mask of mediocrity.

Their lives come together when a new tenant arrives, a wealthy Japanese man named Ozu. He sees through Renee's disguise with ease and is the first adult to treat Paloma as a person.

Tropes in The Elegance of the Hedgehog include: