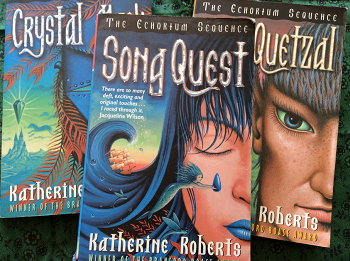 The titular Echorium, on the Isle of Echoes, is home to the Singers: people trained in the use of the five Songs of Power. The trilogy follows the adventures of three successive generations of young Singers and their friends.