The Draco Tavern is the setting of a series of science fiction short stories by Larry Niven.

Run by bartender Rick Schumann, the Draco Tavern is located at Earth's primary spaceport near Mount Forel, Greenland, and caters to a clientele that includes both humans and an ever-expanding range of weird and wonderful alien species. Some of the stories recount incidents at the tavern, while others feature visitors telling tall tales about their experiences on other worlds. 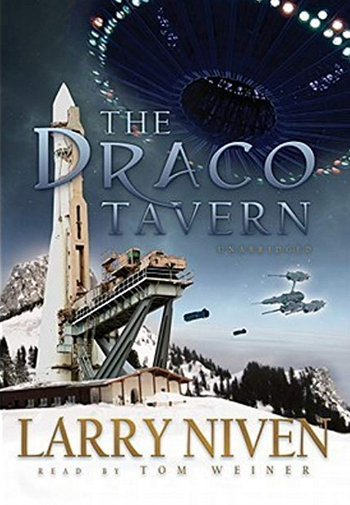 The stories originally appeared in various publications. The 2006 book The Draco Tavern collects the stories published up to that point. Several more have been published since.
Stories in the series