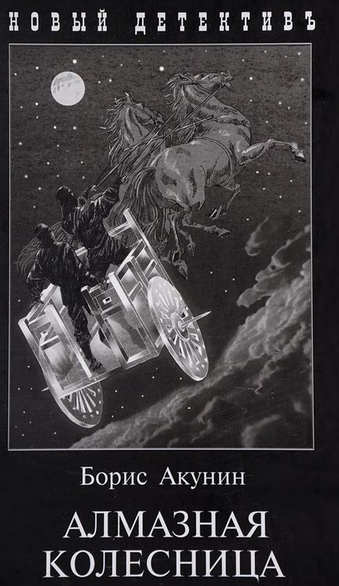 The Diamond Chariot (Алмазная Колесница) is a 2003 novel by Boris Akunin. It is the tenth novel in the Erast Fandorin mystery series.

This book introduced Anachronic Order to the Fandorin series as a whole. While the first 9 1/2 books followed Fandorin's career chronologically from 1876 to 1905, later novels would increasingly use flashbacks. The next Fandorin novel translated into English was Fandorin #12, All the World's a Stage. Fandorin #11, short story collection Jade Rosary Beads, was skipped.