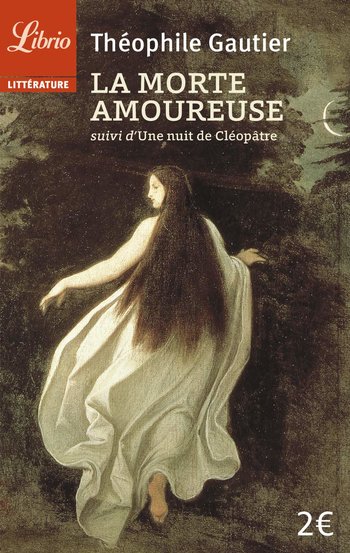 "The Dead Leman" ("La Morte Amoureuse"), also known in English as "Clarimonde", was written by Théophile Gautier and published in 1836 in La Chronique de Paris. It is a Short Story sitting comfortably on the border of Gothic Horror and Dark Fantasy. It is one of the earliest pieces of Vampire Fiction, which makes the titular vampire different from what would become the definition of a vampire half a century later.

"The Dead Leman" has been adapted twice, once as an episode of The Hunger in 1998, in which Clarimonde is reimagined as a succubus-witch hybrid, and once as an opera. Aside from what the "The Dead Leman" gave to the vampire genre, the story is also generally assumed to be one of two major sources of inspiration to "The Spider", which features a vampiric spider also named Clarimonde.