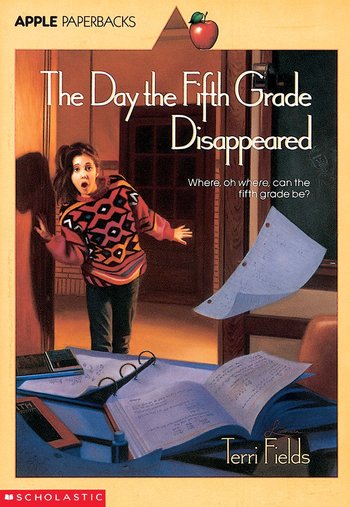 A book by Terri Fields.

Julia's fifth grade class has developed the strange problem of suddenly disappearing, then reappearing minutes later as if nothing had happened. Julia tries to find out what's up with that, and enlists the help of her easily convinced friends Lori and Jeff, and starts investigating. This is even before Julia proves it to them by switching their backpacks and turning a painting upside down while the class is gone before they reappear.

Julia's investigations take her inside a nearby military base that is literally right next door to the school, where she discovers the Vanisher, a machine that was being designed to make things disappear and reappear. She accidentally messes it up and gets herself embedded in a wall, half of her on one side, half on the other, freaking out a guard, but is soon freed by the scientist who built the device.