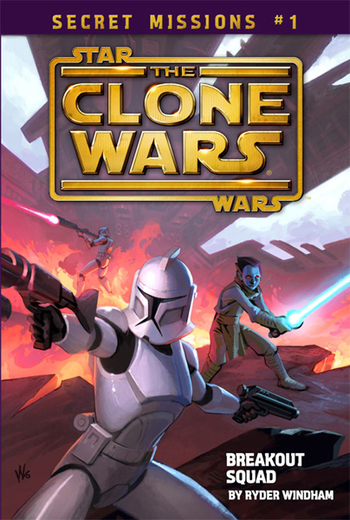 The Clone Wars: Secret Missions is a four-book series of junior novel in the Star Wars Legends expanded universe as a part of The Clone Wars multimedia project. It was written by Ryder Windham (who would later write Ezra's Gamble for the new Expanded Universe), and illustrated by Wayne Lo. While it is based on the television series of Star Wars: The Clone Wars, it focuses on new characters and events original to the book series.

When Jedi Padawan Nuru Kungurama's master, Ring-Sol Ambase, goes missing, young Nuru takes a group of untested clone troopers dubbed Breakout Squad to complete their own secret missions, unexpectedly discovering some truths and new allies, enemies, & some in-betweeners. Unbeknownst to them, prior to his disappearance, Master Ambase took up a secret mission of his own, relayed to him by Chancellor Palpatine himself...