Literature / The Citadel of Chaos 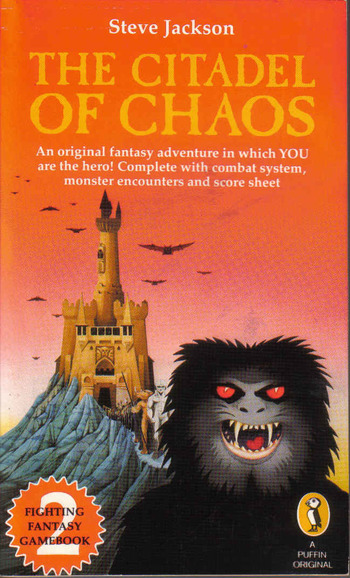 Now who is that black hairy monster again?
Advertisement:

You are a young wizard sent to defeat Balthus Dire, an evil warlord and sorcerer who intends to invade the Vale of Willow. You infiltrate his Citadel of Chaos atop Craggen Rock.

Although this is the second adventure of the Fighting Fantasy series, it has the notable novelty of the playing protagonist being a wizard with a number of magical spells at his command, which do not impede his fighting prowess (unlike the later series by Steve Jackson, Sorcery!).

The Citadel of Chaos provides examples of: