Literature / The Circus of Doctor Lao 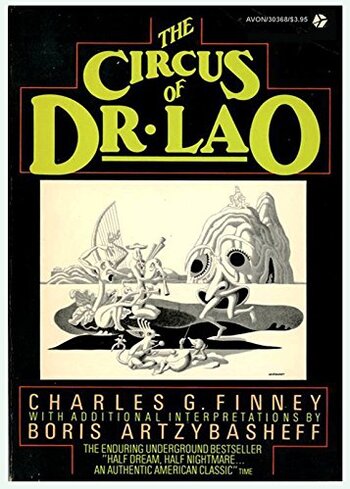 The Circus of Doctor Lao is a novella written by newspaperman Charles G. Finney. Published in 1935, it tells the story of a rather unusual circus coming to the town of Abalone, Arizona.

It was loosely adapted into a film, 7 Faces of Dr. Lao, in 1964, with Tony Randall starring as the eponymous doctor.