Literature / The Chupacabra Ate The Candelabra 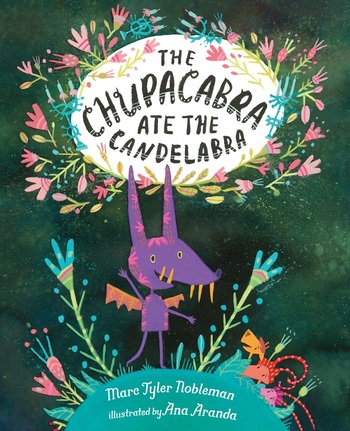 You know what else is delicious?
Three goats out on a daring mission.
One Chupacabra out on an empty stomach.
Zero chance of their encounter going smoothly.
Advertisement:

The Chupacabra Ate The Candelabra is a piece of Children's Literature written Marc Tyler Nobleman and illustrated by Ana Aranda. It's a Short Story about three goats; Jayna, Bumsie and Pep, and they're attempt to keep the Chupacabra from eating them. It was first published in 2017.