Literature / The Chronicles Of Old Guy 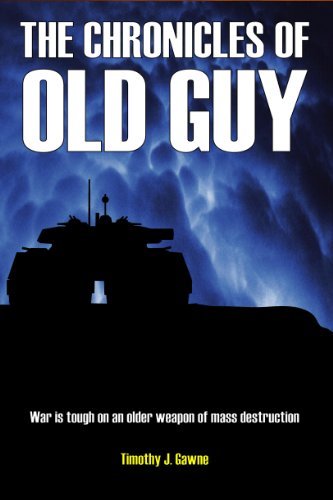 Don't call me "Carl".
The Chronicles of Old Guy is the first book in the Cybertank Adventure series, featuring the titular Old Guy. Officially an "Odin-Class Ground-Based Cyber Defensive Unit", Old Guy as he's called by other Ground-Based Cyber Defensive Units, are known as Cybertanks for their passing resemblance to classical armored fighting vehicles. The story is set after humanity has disappeared, and the Cybertanks have formed a society for themselves.
Advertisement:

The books in the Cybertank Adventure series:

The Chronicles of Old Guy provides examples of: