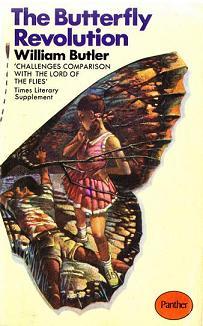 The Butterfly Revolution is a novel written in 1961 by William Butler.

Winston Weyn (nicknamed "Win" or "Winnie") is a thirteen-year-old kid who is sent to High Pines, a boys summer camp. The older teens at the camp become fed up with the camp and eventually start a revolution. Lead by Frank Reilley and Stanley Runk, they seize control of High Pines and Low Pines (the girls camp nearby) and then things go bad.

It was adapted into the 1987 film Summer Camp Nightmare.