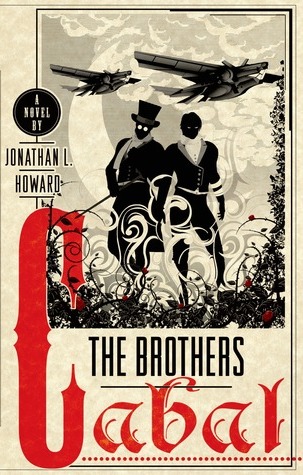 The fourth novel in the Johannes Cabal series, The Brothers Cabal deals with Horst and Johannes, together again. Horst has risen from the dead (again) by the efforts of an occult conspiracy that wants him to be their "Lord of The Dead" and lead an army of supernatural beasts to create a homeland for monsters. Horst, naturally, wants no part of it and soon joins another secret conspiracy to fight against them-but he realizes he needs something very dangerous on his side, more dangerous than him, a superhumanly strong vampire.

Much of the novel is framed as a story being told to Johannes by Horst, who had chronologically met his brother at the end of the last novel, making Horst's adventures occur at the same time as some of Johannes in the Dreamlands. Johannes mostly for his own reasons but also because his brother asked (surprising Horst) decides to help stop the Ministerium Tenebrae, and uncover there is more to the conspiracy than they first thought.

The Brothers Cabal has examples of: