Literature / The Box of Delights 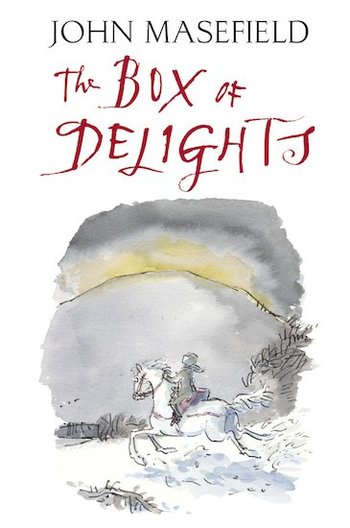 The Box of Delights is a children's fantasy novel by John Masefield, first published in 1935.

Kay Harker, the protagonist of The Midnight Folk, is on his way home from boarding school for the Christmas holidays when a mysterious encounter leads him on a series of adventures.

Better known to many people through the 1984 TV adaptation.