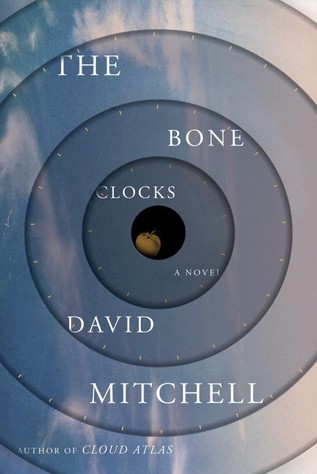 “We live on, as long as there are people to live on in.”
Advertisement:

The sixth novel by David Mitchell, author of Cloud Atlas. Like a number of Mitchell's other works, it plays with different genres and features story lines that cross and re-cross over time.

The Bone Clocks consists of six sections, each set several years after the previous one, and narrated by a different character. The sweeping epic thus created centers on one Holly Sykes, an apparently ordinary Englishwoman with odd psychic powers, and on the multitude of people whose lives she touches throughout the course of her own. Most are content to go on in their own, peaceful existences - but a terrifying supernatural battle lurks on the edges of these characters' mundane stories, and it threatens to take away everything Holly holds dear.