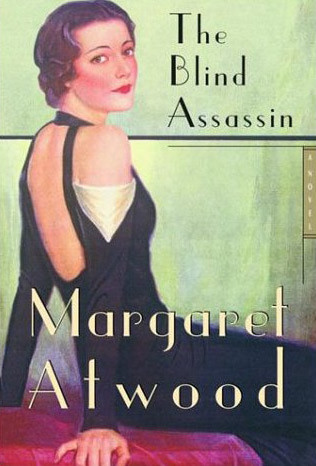 "The best way of keeping a secret is to pretend there isn't one."

Margaret Atwood's 2000 novel is told from the point of view of Iris Chase Griffen, an octogenarian who chooses to record her life story after discovering that she's suffering from a potentially fatal heart disease. In particular, Iris details her relationship with her younger sister, Laura — who committed suicide in 1945, aged twenty-five, by driving a car off a bridge — and the publicity surrounding Laura's posthumously published novel, The Blind Assassin.

The Blind Assassin contains examples of:

Also to its nested stories, "The Blind Assassin", and "Lizard Men of Xenor"