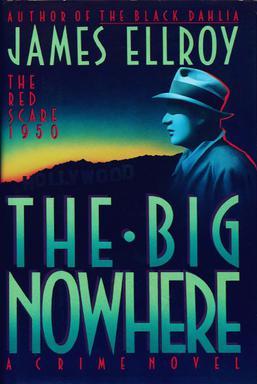 "It was written I should be loyal to the nightmare of my choice..."
— Joseph Conrad

The city of angels is now the city of the angel of death.

Three detectives with three different angles will be drawn together into a circle of lies and murder. Danny Upshaw is an LA sheriffs detective with a group of bodies that will lead him to find out more about himself than he bargained for. LAPD lieutenant Malcolm "Mal" Considine is locked in a bitter custody battle for his son, whilst being drawn into the corrupt district attorneys plan to route out communists in Hollywood. Turner "Buzz" Meeks, a disgraced former cop, is now working for millionaire Howard Hughes and gangster Mickey Cohen. Buzz may try to right a few his wrongs along the way.

All three men will come together with front row seats to a nightmare...