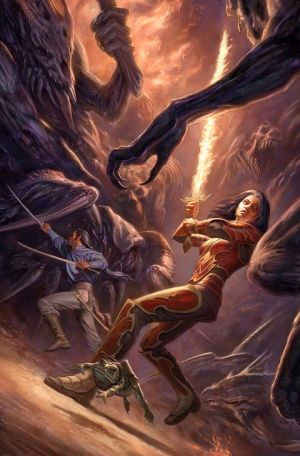 The Balanced Sword is a fantasy trilogy by Ryk E. Spoor, consisting of the novels Phoenix Rising (2012), Phoenix in Shadow (2015), and Phoenix Ascendant (2016).
Advertisement: