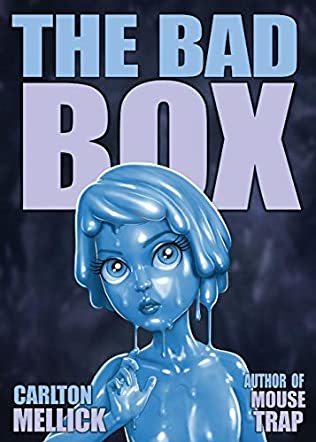 Little Benny isn’t very good at taking tests. It’s not that he’s a stupid kid or doesn’t pay attention in class. It’s just that he’s absolutely terrified of failure. It doesn’t matter how hard he studies. He gets so nervous that he freezes up and his mind goes blank, rarely even answering a single question before the time is up. This is especially difficult now that he’s in Mrs. Gustafson’s fifth grade class, where the punishment for failure is to draw a curse from the bad box—a magical device that permanently mutates children into horrific monsters.

The Bad Box is a Bizarro Fiction novella by Carlton Mellick III.