Literature / The Attack of The Unsinkable Rubber Ducks 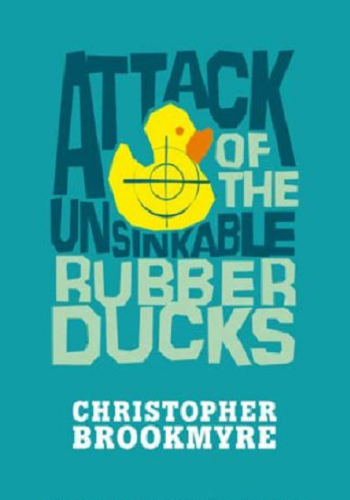 Christopher Brookmyre's fifth Jack Parlabane novel. If you still want to read it, SHOO NOW! - even a small description will spoiler.

Are you gone now? Fine. But don't use telepathic tricks, willya?

Parlabane is into the parapsychological scene this time, to review that no foul play is done. He (resp. the reader) are willing to accept the possibility of the existence of supernatural things, but he has been conned bigtime (resp. the reader by the author) by crooks who don't hesitate even to commit numerous murders if something stands between them and the money of gullible idiots.