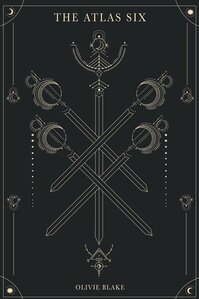 The moral of the story is this: Beware the man who faces you unarmed. If in his eyes you are not the target, then you can be sure you are the weapon.
Advertisement:

The Atlas Series is a book trilogy by Olivie Blake. The first book in the series, The Atlas Six was released on January 31, 2020. The sequel, The Atlas Paradox, is currently in the works.

All six are offered to join the mysterious Alexandrian Society, whose members have the access to lost knowledge from the great ancient civilizations. But there's a catch: in accordance with the Society's rules, only five of them will make the cut and qualify for initiation.