Literature / The Astonishing Adventures of Fanboy and Goth Girl 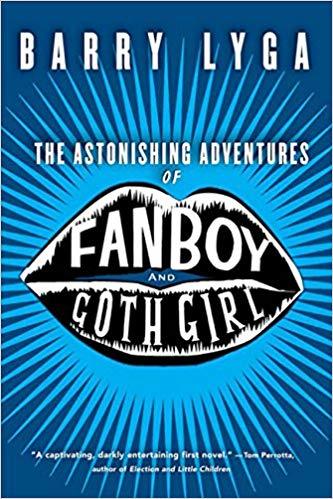 "And, oh, the sigh. Who would ever have thought that a simple expulsion of air from the lungs could be so... so magical?"
— Fanboy
Advertisement:

The Astonishing Adventures of Fanboy and Goth Girl is a 2006 novel written by Barry Lyga. It is primarily a Coming of Age Story, as is its sequel, Goth Girl Rising.

Donnie aka "Fanboy" takes pride in shutting out the world and the terrible people he's encountered. With his mother married to the "step-fascist," a large man who doesn't speak much, and a bully who keeps bruising his arm, Fanboy's only hope is to get his graphic novel published. He plans to go to a convention and meet Brian Michael Bendis, his favorite comic writer, to get that deal. Several weeks to convention time, he encounters a girl who, like him, hates everyone, and who shares his love of comics.