Literature / The Assassins of Tamurin 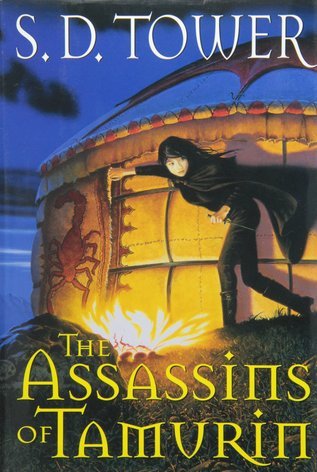 The Assassins of Tamurin is an epic fantasy novel about a Dark Action Girl Mole who wants the truth, an infallible Chessmaster queen who wants revenge, and a noble young king who wants to save his nation.
Advertisement:

It takes place in the fictional Empire of Durdane, modeled on Imperial China. At least, it was the Empire of Durdane up until a few hundred years ago when the territory north of the Great Pearl River was conquered and enslaved by the Exile barbarians from across the Juren Gap. The rest of the empire soon fell into civil war and broke up into the southern Despotates.

Ever since this Great Partition, the Despotates have been in a gradual, accelerating state of decay. The Exiles are in a constant state of tension with the Despotates, but both sides are too afraid of each other to actually wage war and accomplish anything. So most of the Despots are content to live in luxury and exploit their people for all their worth. The poor are getting poorer as the rich get richer. It is in the poorest, most primitive, southernmost village of Riversong, at the end of the Wing River and the very edge of civilization, where we meet the protagonist Lale.

After a series of unfortunate events ends with Lale leaving Riversong, and even more unfortunate events that end with her one friend and caretaker on the road being killed, she has the fortune to run into Makina Seval, the ruler of the despotate Tamurin. Makina takes Lale under her wing as her own daughter and raises the young girl, educating her at Makina's own academy. Talented, canny, and intelligent, Lale proves her worth enough to be let into Makina's inner circle and she becomes a spy for the woman, eventually tasked with a dangerous but worthy goal: assassinating the usurper Sun King, Terem Rethai.

Posing as an actress, Lale positions herself as a suitable bride to Terem, who is infatuated with the girl - but some things are wrong. Terem, Lale finds, is hardly a ruthless dictator. The Exiles are threatening to march. Makina gets more and more unhinged, dealing with dark magics and terrifying spirits to accomplish her goals.

As Lale finds her loyalties torn between her adoptive mother and her new lover, her choices will define the fate of an entire empire.