Literature / The Alien Ones 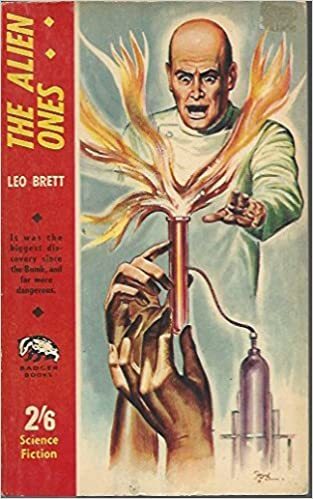 The Alien Ones is a 1963 Science Fiction novel, one of several churned out by Lionel Fanthorpe for Badger Books under a pseudonym (Leo Brett, in this case).
Advertisement:

In the thirtieth century, Safron Wilde and his wife Celeste have bought land from the galactic government to farm on the frontier planet Orkol, traveling there aboard their ship the Hypertron. Only upon arriving to they discover that a new law, news of which hasn't reached Earth, means that the promised vehicles and machinery aren't part of the grant, meaning they have no means of driving to their new homestead, no supplies to build a house with and no equipment to tend their farm with.

It turns out this is all on purpose. Orkol is run by a man named Haldane, who campaigned for the government on Earth to revoke machine grants, but not to tell prospective colonists, sending him a neverending stream of unprepared hopefuls without the proper equipment. Shortly after the planet was first settled, a radioactive mineral called Orkolite was discovered, and Haldane has engineered things so that newly arriving colonists, lacking the proper equipment to be farmers, have no choice but to sell him their Orkolite-rich land and either come work for him mining the stuff or return to Earth.

With few options, Safron and Celeste apply for jobs at Haldane's headquarters. Since they're a chemist and a physicist respectively, Haldane puts them to work in his laboratories, assisting his chief scientist Gray Hawkins. But what Haldane doesn't know, and which Hawkins lets the Wildes know, is that he has distilled Orkolite into an incredibly destructive liquid form with which he plans to overthrow Haldane and take over Orkol... and eventually the entire universe! But exposure to Orkolite causes Safron to begin changing, into something that can possibly stop Hawkins' evil plans and put paid to him and Haldane.