Literature / The Alchemy of Stone 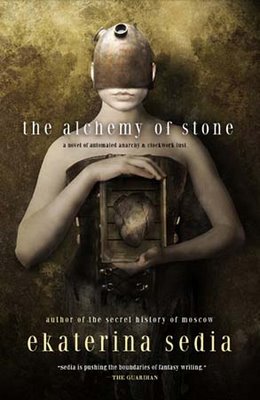 The Alchemy of Stone is a Steampunk fantasy novel by Ekaterina Sedia.

It tells the story of Mattie, a clockwork Robot Girl who must save an ancient Dying Race, navigate deadly political intrigue, and resolve an abusive relationship with her creator, all in a city ruled by borderline-Mad Scientist Steampunk Engineers in an uneasy truce with a competing faction of Alchemists.

The Alchemy of Stone contains the following tropes: