Literature / The Adventures of Alyx 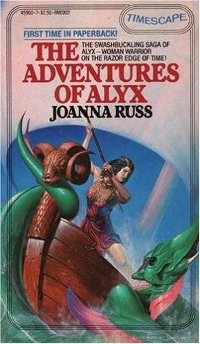 That boat is WAY bigger in the one story it appears in.
The Adventures of Alyx is a 1976 anthology of Science Fantasy and Feminist Fantasy short stories and a novella by noted Science Fiction writer and feminist literary critic Joanna Russ. The books contents were all originally published in the famous "Orbit" anthologies of Damon Knight. The book's stories are all loosely connected by the presence of Alyx, the book's heroine, but have little else in common;even Alyx herself is given different characterization in each of the stories.

Tropes appearing in "The Adventures of Alyx":