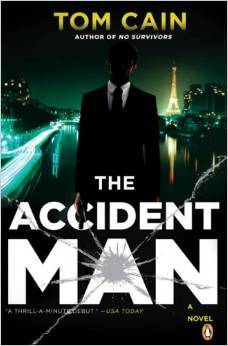 The Accident Man is a 2007 Thriller novel by Tom Cain, the first book in the Samuel Carver series. The protagonist, Samuel Carver, is a killer for hire who kills people in ways that resemble accidents. He has a firm policy of only killing people who deserve to be killed, but he's tricked into killing a member of the British Royal Family and is forced to fight for his life as his employers have sentenced him to death.

No relation to the film, Accident Man.