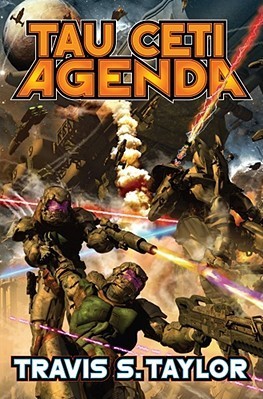 The Tau Ceti Agenda Series is relatively hard military science fiction by author Travis S. Taylor. In a somewhat dystopian future, politically the United States has changed a lot. Changes include no electoral college and no term-limited presidents. Has been described as "a sci-fi 24".

Each of the books contains the events of one very important day in the series timeline.