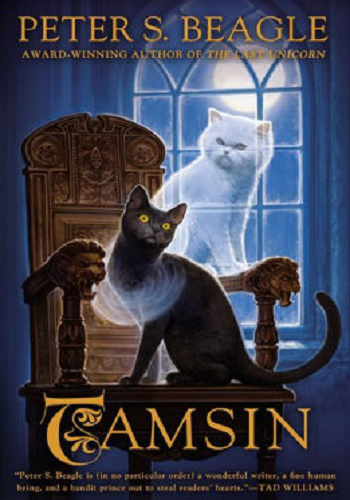 Tamsin is a 1999 fantasy novel by Peter S. Beagle. It won a Mythopoeic Award in 2000 for adult literature.
Advertisement:

Jenny Gluckstein moves with her mother to a 300-year-old farm in Dorset, England, where she meets and befriends Tamsin Willoughby, the ghost of the original farm's owner's daughter.