Literature / Tales from the White Hart 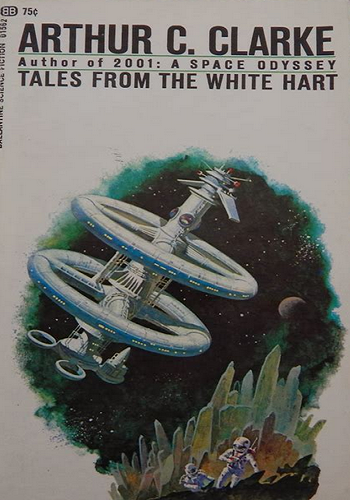 Tales from the White Hart is a 1957 collection of short stories by Arthur C. Clarke. Rather different from his standard hard science fiction fare, Tales is a collection of stories—tall tales, really, in the English tradition of the "pub tale"—told by the bloviating, impossibly well-connected, and utterly enchanting Harry Purvis, at The White Hart, a pub at which London's SF fandom hung out in The '40s and The '50s. It's all told to us by an Expy of Clarke himself ("Charles Willis", one of his pseudonyms).
Advertisement:

Fifteen White Hart stories are included in the collection:

Tropes present in this anthology: