Literature / Take Back the Skies 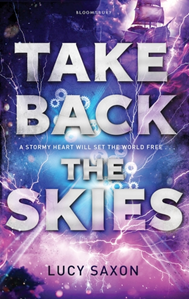 A heart will soar. An empire will fall.
No one knew how or why the gods had formed the storm barriers where they did, but they were all over the world.
Advertisement:

Take Back the Skies is a Young Adult SteamPunk Fantasy Romance book written by Lucy Saxon. Set in the Dystopian world of Tellus, it follows the adventure of 14-year-old Catherine Hunter, aka Cat, as she joins the crew of the Stormdancer and their fight to take down and reveal the secrets of her country's government.