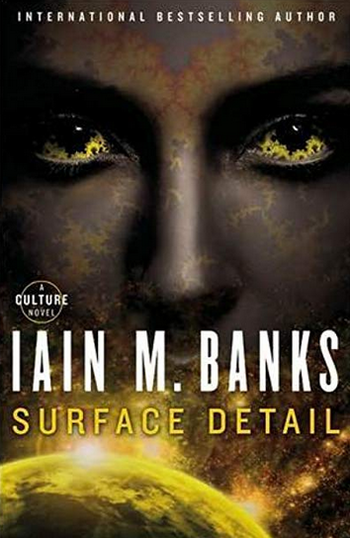 Surface Detail is a 2010 novel of The Culture, set 800 years after Look to Windward (and far after the earlier novels in the series). It tells the story of Lededje Y'breq, an Intagliated slave (covered in tattoos, even on the level of DNA- hence the title) who after being murdered by her master Veppers, is resurrected by the Culture and begins to seek revenge. The story also deals with an online war whose outcome reflects reality that's being fought over the continued existence of a virtual reality Hell in which a copy of an unfortunate person's consciousness endures horrific punishment. The Culture is on the anti-Hell side, but not directly... at least at first...