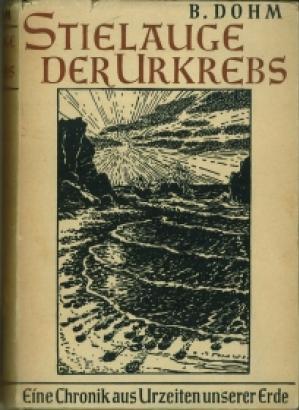 Stielauge der Urkrebs (German for Stalk-eye the Primal Crab) is a novel by the German author Batti Dohm, released in 1933. It tells the story of the trilobite Stielauge in the primordial ocean.