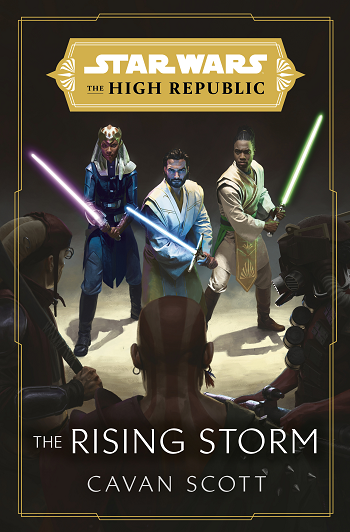 In the year since the Great Disaster, the Republic has mostly recovered from the disruption to travel across the Outer Rim, although sporadic raids by the Nihil and infestations of Drengir haunt the galaxy. Supreme Chancellor Lina Soh remains driven to continue her Great Works by holding the Republic Fair on Valo to show the galaxy how much the Republic can accomplish when working together, with an eye towards improving relations with several weary species like the Togruta.

As preparations are made for the fair to begin, tensions arise within the Republic as Senator Tia Toon pushes for a defense fleet to be established while Jedi Master Stellan Gios struggles with his new seat on the Jedi Council. His friend Elzarr Mann faces his own struggles following a terrifying vision in which he witnessed darkness descend on the galaxy. Meanwhile, Machion Ro plots in the shadows against the Jedi and Republic as the Tempest Runners plot and push against his authority over the Nihil. Finally, former padawan and monster hunter Ty Yorrick is hired for a job that will bring her closer to the Jedi than she wants to be. When all of these threads converge on Valo, events at the fair will shake the Republic, Jedi, and Nihil to their very foundations.

Showdown at the Fair is a picture book retelling the events of The Rising Storm for a younger audience.