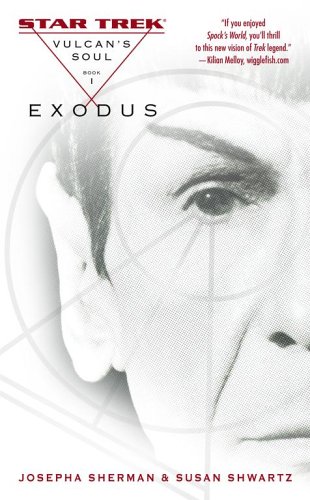 A trilogy of books in the so-called Star Trek Novel Verse, building upon the earlier novel Star Trek: Vulcan's Heart and continuing the story of Spock and Saavik into the late 24th century. The trilogy also serves to bridge the gap between portrayals of Romulan-Federation political relations at the end of Star Trek: Deep Space Nine and the state of affairs in Star Trek: Nemesis. It also sets up many of the players for the first book in the Star Trek: Titan series.
Advertisement:

The three books are Exodus, Exiles and Epiphany.

The plot is divided between two time periods - the late 24th century, in which a mysterious race known as the Watraii are attacking the Romulan Star Empire without provocation, and the distant past following a family of Vulcans on the long exodus to Romulus.