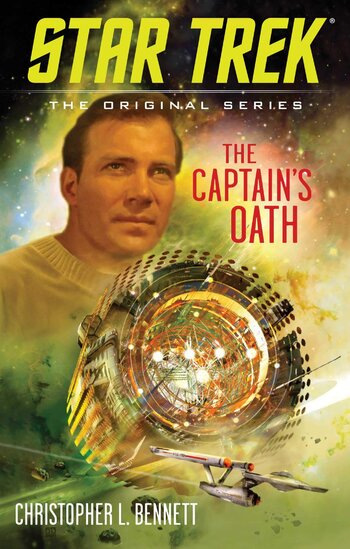 Star Trek: The Captain's Oath is a novel in the Star Trek Novel Verse, dealing with the early career of one James T. Kirk, including his first days as Captain of the U.S.S. Enterprise, and the years before that, as he and the Federation deal with a mysterious race of aliens encroaching on their territory.