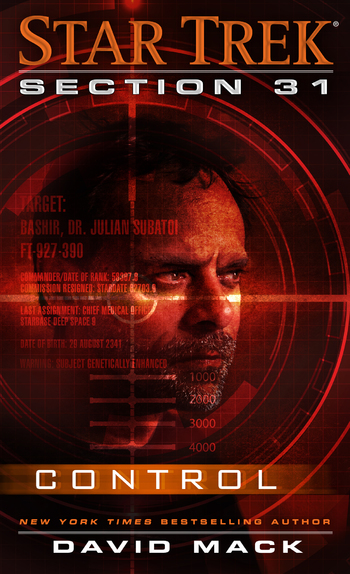 No law. No conscience. No mercy.
"It felt good to be free."

Control is a novel in the Star Trek Novelverse by David Mack. It is a sequel to his earlier work, Star Trek: Section 31 - Disavowed, and concludes the story of Julian Bashir and Sarina Douglas's efforts to infiltrate and publicize the illegal Federation covert operations group known only as Section 31.

Unmarked spoilers for prior Trek novels below.