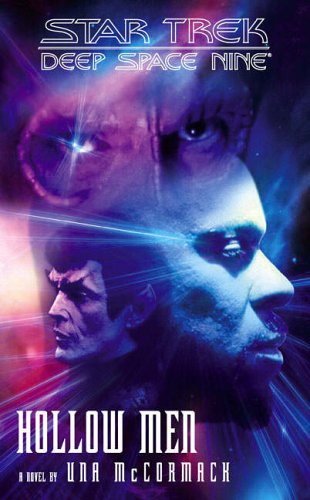 A book in the Star Trek Novel Verse, and a sequel to the popular Star Trek: Deep Space Nine episode "In the Pale Moonlight". It deals with Benjamin Sisko’s continued efforts to come to terms with the illegal actions undertaken in that episode. These resulted in a favourable outcome; the Romulans joining the war against the Dominion, as allies of the Federation. Sisko is in the midst of a personal and emotional crisis as he and Garak are summoned to Earth to take part in the first Allied talks to come out of the new partnership. Much of the novel deals with Sisko’s self-loathing. Meanwhile, Garak becomes a pawn in a scheme against a human political dissident, and Odo deals with an apparent robbery attempt back on Deep Space 9 — which is not what it seems.