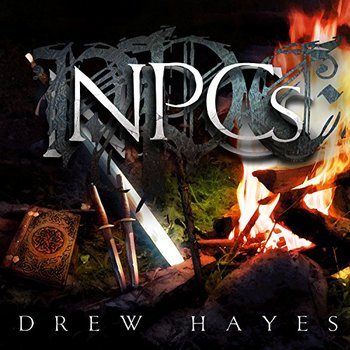 A Gnome Paladin, a Guard-turned-Thief, A Noblewoman with Anger Management Issues, and a Half-Orc Wizard? An odd mix of adventurers alright.
Spells, Swords, & Stealth is a series of fantasy novels by Drew Hayes.
Advertisement:

Russel Novac is GMing a session of the tabletop game Spells, Swords, & Stealth with some friends. This particular module has a lot of realism, which the players largely ignore and, as a result, die at the introductory tavern due to mixing alcohol with a poisonous mushroom.

As the players roll up new characters to start up again, four residents of the town of Maplebark are in shock at the sight of four adventurers having dropped dead in their tavern. Worse yet, the foursome were summoned by Liadon, otherwise known as "The Mad King", who doesn't take people failing him well and, if he can't punish the actual people, he'll destroy whatever place they happened to be in at the time instead. However, the missive does not mention any of the adventurers by name, only as a paladin, a rogue, a barbarian, and a wizard.

Realizing this means the king never actually met them, the four who witnessed the adventurers' deaths decide they must become those adventurers to protect their home of Maplebark from Liadon's wrath. Since she's the most educated of the group, the mayor's daughter Gabrielle claims the wizard's spellbook, Eric the town guard dons the armor of a paladin, Thistle the gnome decides he's the best fit for the rogue, while the half-orc bartender Grumph becomes the barbarian. However, by the end of their first battle, we learn Gabrielle has anger issues, Eric moves better out of armor than in, Thistle is a devout follower of Grumble the god of the minions, and Grumph is easily the most intelligent member of the group.

And so begins the saga of Spells, Swords, & Stealth by Drew Hayes. The series consists of five books, NPCs, Split the Party, Going Rogue, Siege Tactics, and Noble Roots.