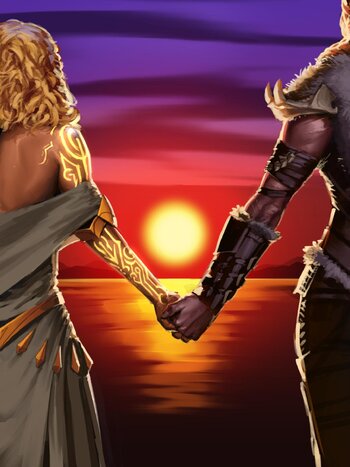 Can a princess and a barbarian be friends?
Advertisement:

Sparrow and Bright is an adventure fantasy web serial novel, started in 2020. Set in an Age of Wonder filled with ruins of past civilisations and strange magic, it follows the exploits of Hope the magical Princess and Brunhilde the Barbarian.

Hope is exiled from her home and seeks a way to return, Brunhilde owes her a life-debt and has her own mission.

The story is still ongoing and readable at Royal Road [1]

Sparrow and Bright contains examples of: