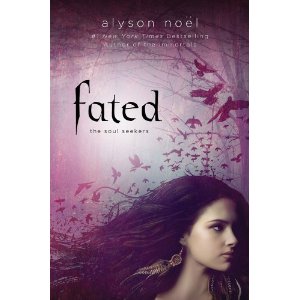 Will Daire be able to survive her training?
Advertisement:

The Soul Seekers Quartet is a series of Young Adult novels written by Alyson Noël. The series ran from 2012 to 2013. The official website is here

The series follows Daire Santos, a sixteen year old girl with strange powers. After she appears to have a mental breakdown, her mother sends her to live with her grandmother, Paloma, in Mexico.