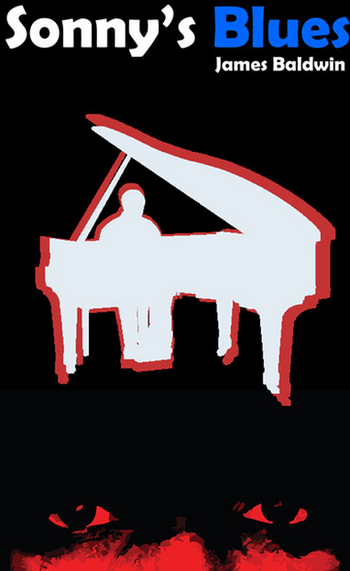 "Sonny's Blues" is a short story written in 1957 by African-American novelist and playwright James Baldwin.
Advertisement:

Set in Harlem, the story tells of its unnamed narrator's efforts to reconnect with his younger brother, Sonny, after the latter has been arrested for peddling and using heroin. In the midst of this reunion, the older brother also reflects on the series of events that led to Sonny's addiction, including the complicated relationship with their parents and friction with the narrator's wife's parents. He also reflects on Sonny's love of music, particularly jazz, and how it may or may not have contributed to Sonny's downward spiral into drugs and crime.

Examples of tropes in "Sonny's Blues":