Literature / Son of the Black Sword 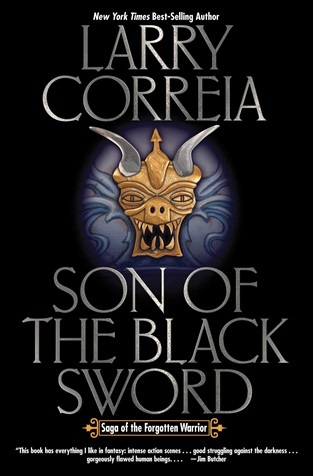 Son of the Black Sword is an Epic Fantasy by Larry Correia. In the fantasy world of Lok, religion has been replaced by a brutally oppressive caste system, maintained by a widespread bureaucracy and upheld by the militant Protectors, most notably by Ashok Vadal, bearer of the ancestor blade Angruvadal.

Son of the Black Sword is the first in a projected trilogy. It was followed by House of Assassins February 2019. The third book, Destroyer of Worlds is scheduled for September of 2020, although the E-ARC is available as of June.

Tropes included in this series: