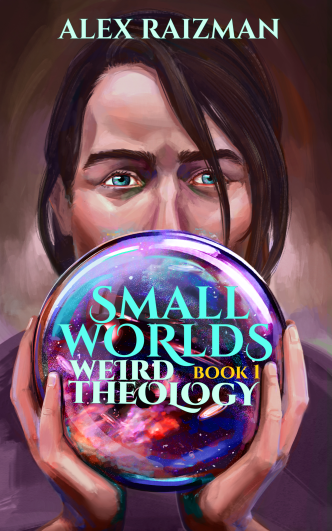 Ever wonder if there's a kind way to end the world? Because Ryan really needs to find one.
"You found a nanoverse. The last one of this Era, left behind by the Creator. We were watching to see who found it, to figure out who would be next. And now that it's been found... now that you’re the one... my work is done. Don't put it in a drawer and forget about it. You've got a pretty amazing thing there, Ryan. And in spite of the fact that I unintentionally turned you into a nervous wreck... I think you're going to do some pretty amazing things with it. I’ve watched you your entire life, Ryan. I have faith you’ll be able to pull this off."
— Curator Nabu

is a serial fiction series written by Alex Raizman, aka Hydrael. The series began as a story on Reddit 's Writing Prompts sub-reddit, and later continued into a novel series spanning several books. The serial format is currently on its fourth book with the first book, Weird Theology published on Amazon.