Literature / Slappy Birthday to You 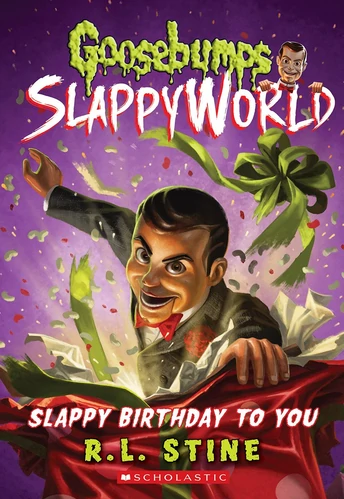 The Goosebumps SlappyWorld book where a kid gets Slappy as a birthday present.
Advertisement:

Ian Barker's wanted a ventriloquist's dummy for some time, ever since the day he went to a doll museum and experienced a prank he thought was scary but clever. But while his wish comes true for his twelfth birthday, he didn't count on that dummy — who was left at his father's doll hospital a year ago — being Slappy, who's up to his usual tricks of trying to enslave his new owner and his family.