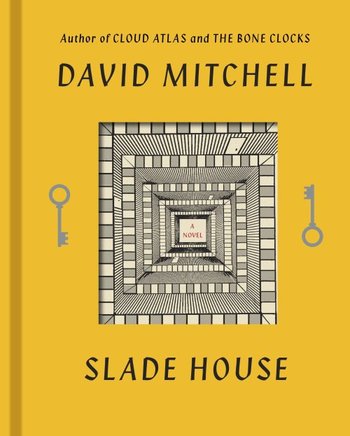 Keep your eyes peeled for a small black iron door.
"'Sentenced,' you say? As if you'd willingly swap your metalife for a bone clock's snatched, wasted, tawdry handful of decades!"
— Norah Grayer
Advertisement:

Slade House is a horror mystery novel written by David Mitchell, published in 2015. It describes the exploits of five different individuals who enters the Slade House: a precocious teenager, a recently divorced policeman, a shy university student, a sister to that college student and one of the mysterious twins.

It can get really complicated and nightmarish for a novel that is under 200 pages, unlike Mitchell's previous works. It also deconstructs the haunted house genre. Thankfully the plot becomes clearer as the story proceeds.

This book contains example of: