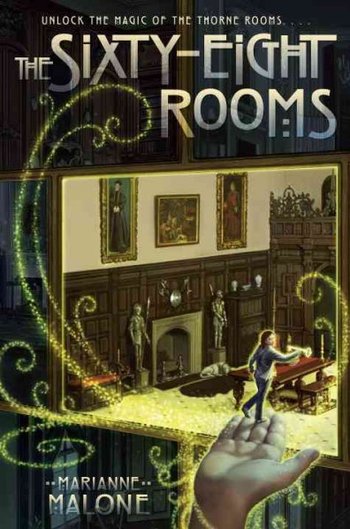 A children's/young teens book by Marianne Malone. While on their sixth grade field trip at the Art Institute of Chicago, Jack and Ruthie look at the Sixty Eight Thorne Miniature Rooms. Looking in a hallway behind the rooms, Jack finds a key, one that they soon find out shrinks Ruthie down small enough to fit into the rooms. They find out that the rooms now are actually gateways into the past, from Massachusetts during the time of the Salem With Trials to Eighteenth Century France right before the Revolution. But how does this work and who else knows?